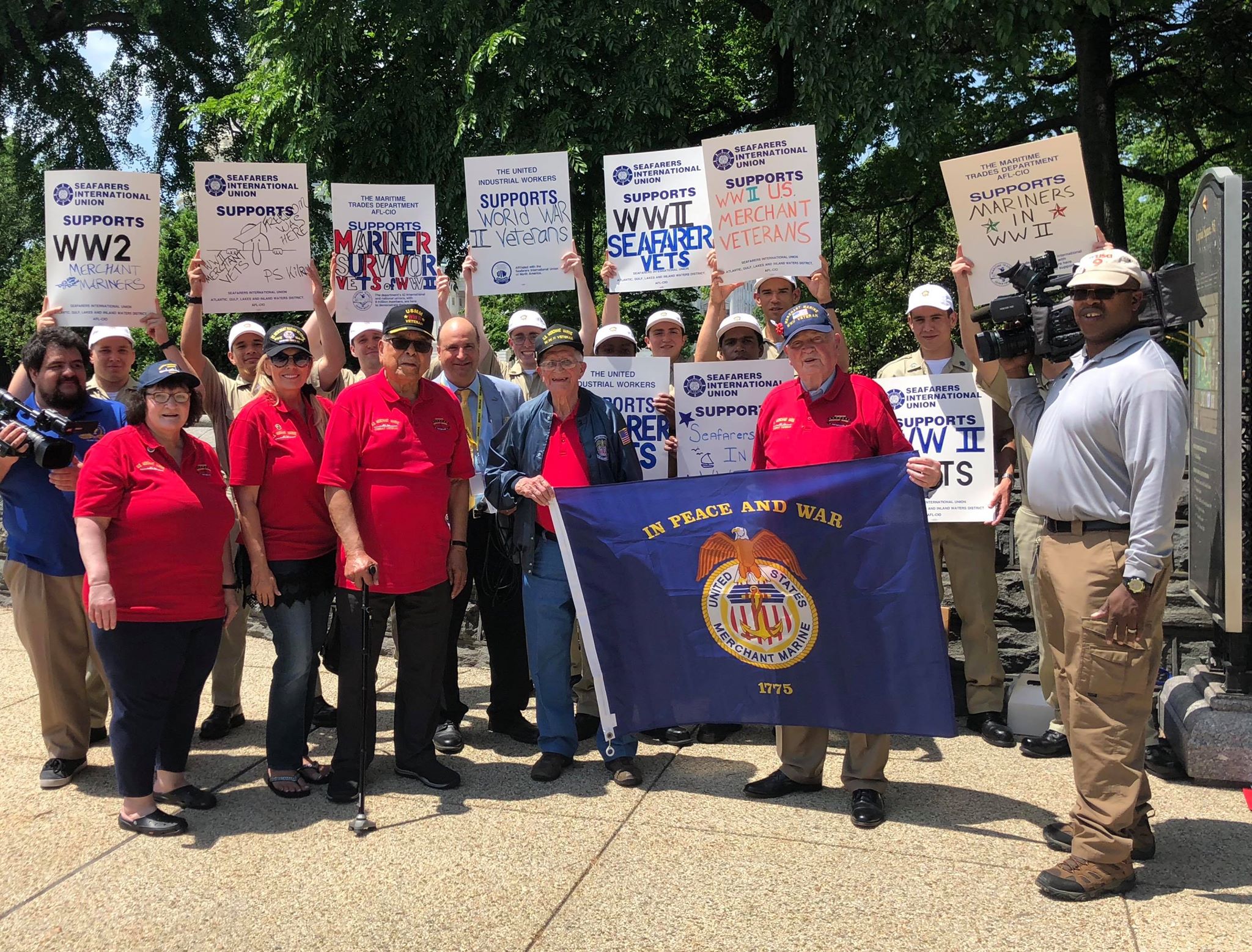 Over 100 maritime or affiliated groups have signed the letter, including private companies, partnerships, unions, non-profits groups, schools, etc. AMMV recommends including a copy of the letter when contacting your Senators or Congressperson via email or “snail mail”. It is also recommended to include the letter when addressing the committees holding each version of the bill.

Below are two versions of the letter. Use the “Senate” version when contacting your Senators or the Senate Committee on Banking, Housing, and Urban Affairs, which currently is holding S. 133. Likewise, use the “House” letter when contacting your Congressperson or the U.S. House of Representatives Financial Services Committee, which is holding H.R. 550.

Join the American Merchant Marine Veterans, an effective organization of active and retired seamen. Help us gain recognition for what we, the men of the Merchant Marine, have done for our Country in war and peace.

We stand for a strong American Merchant Marine and will help launch and support legislation to strengthen this position. We work to help the cause of American seamen and American sea power.
↑