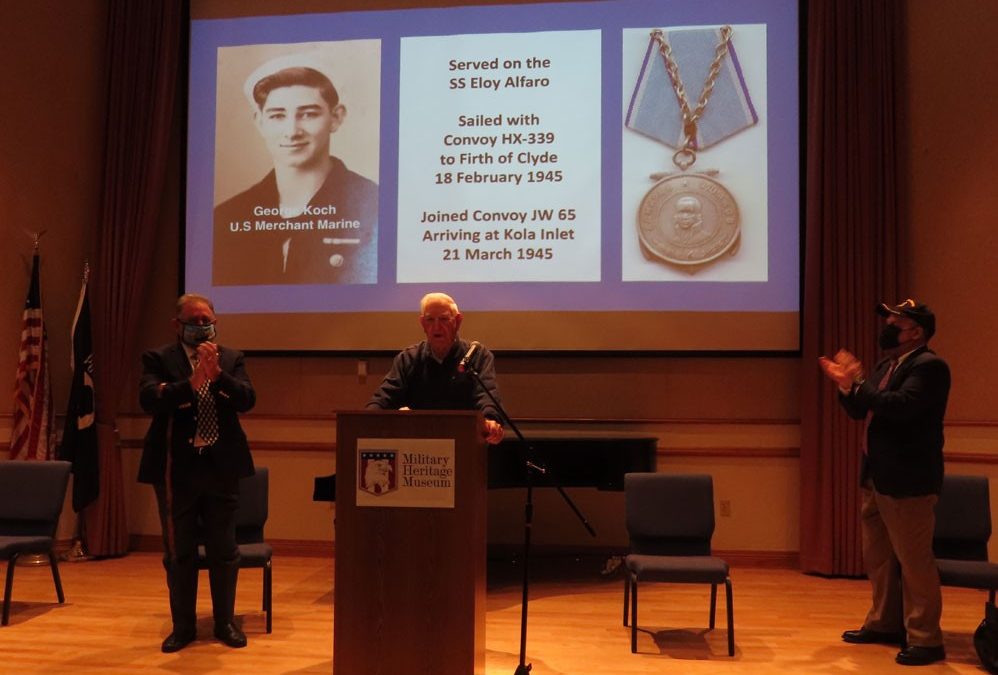 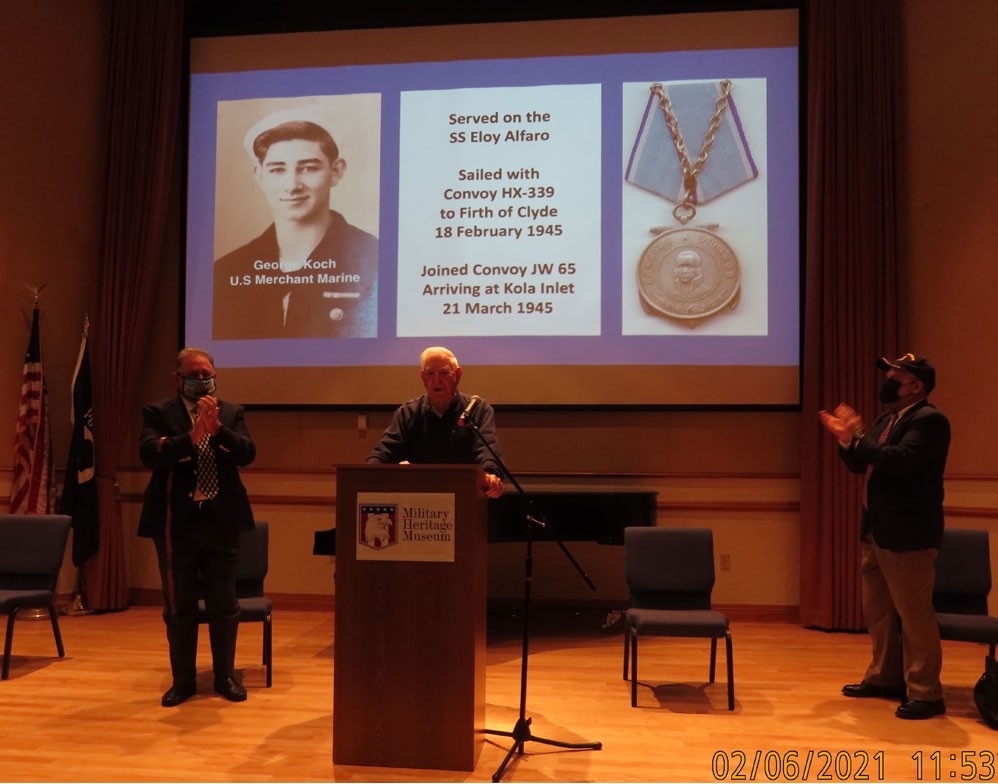 On Saturday, February 6th, a ceremony was held in Punta Gorda, FL to honor WWII Merchant Marine Veteran & AMMV member George Koch, who recently received the Ushakov Medal from the Russian Embassy, for serving on ships delivering critical supplies to Murmansk during the war.Michael Wooster, President of the Sun Coast Chapter of the U.S. Navy League, served as the Chairman of the event, which was held at the Military Heritage Museum. AMMV National President Capt. Dru DiMattia was on scene to represent AMMV.Congressman William “Greg” Steube was slated to attend, but had to cancel at the last moment. However, his District Director and Staff Assistant did participate, and presented Mr. Koch with a flag that was flown over the U.S. Capitol building. In a press release the following day, Steube stated, “On Saturday, our team recognized one of these heroes in Punta Gorda. We were honored to present WWII Merchant Marine veteran, George Koch, with this month’s FL-17 MVP award. This was a particularly special ceremony because he was also presented with the Ushakov Award for his outstanding military service and assistance to our allies. At the young age of 16, George put everything on the line to serve our country, assist our allies, and defeat evil. His service truly embodies the spirit of the Greatest Generation and it was an honor to be a part of this ceremony to recognize his lifetime of patriotism and valor.”Click HERE to view an additional video message from Congressman Steube.Capt. DiMattia and Mr. Wooster both spoke at the ceremony. Also in attendence was the Charlotte High School Junior ROTC unit. 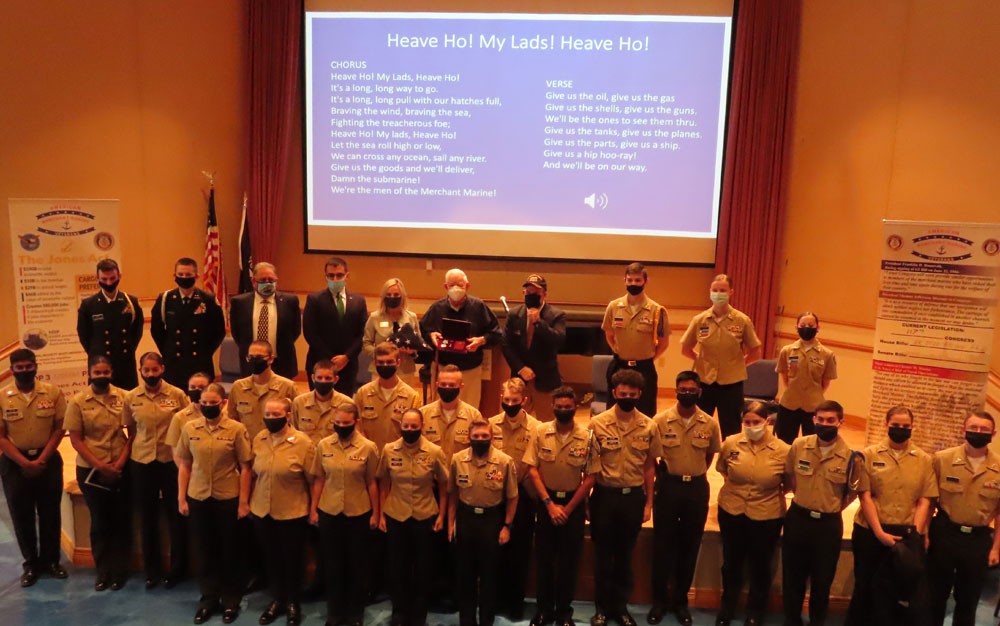 A special rendition of “Heave Ho” was played, recorded by TV star Mike Rowe, best known for hosting “Dirty Jobs”. Rowe had an uncle who served in the WWII Merchant Marine; this version was recorded for National Maritime Day in 2020. A reception followed, with food/cake supplied by Smith Island Cakes.In total, about 75 people were in attendance, including Mr. Koch and his wife, Jean. Proper social distancing and COVID protocol were followed. 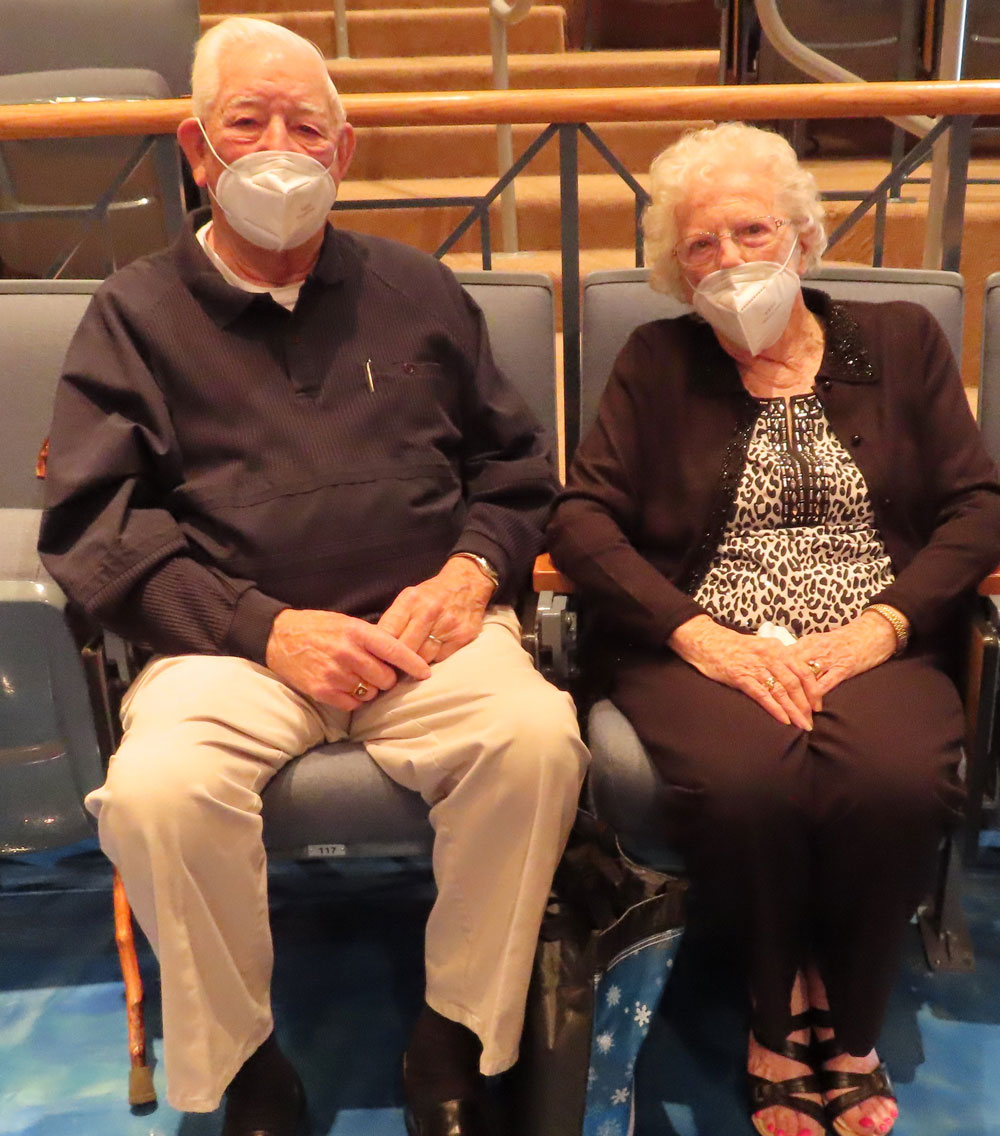 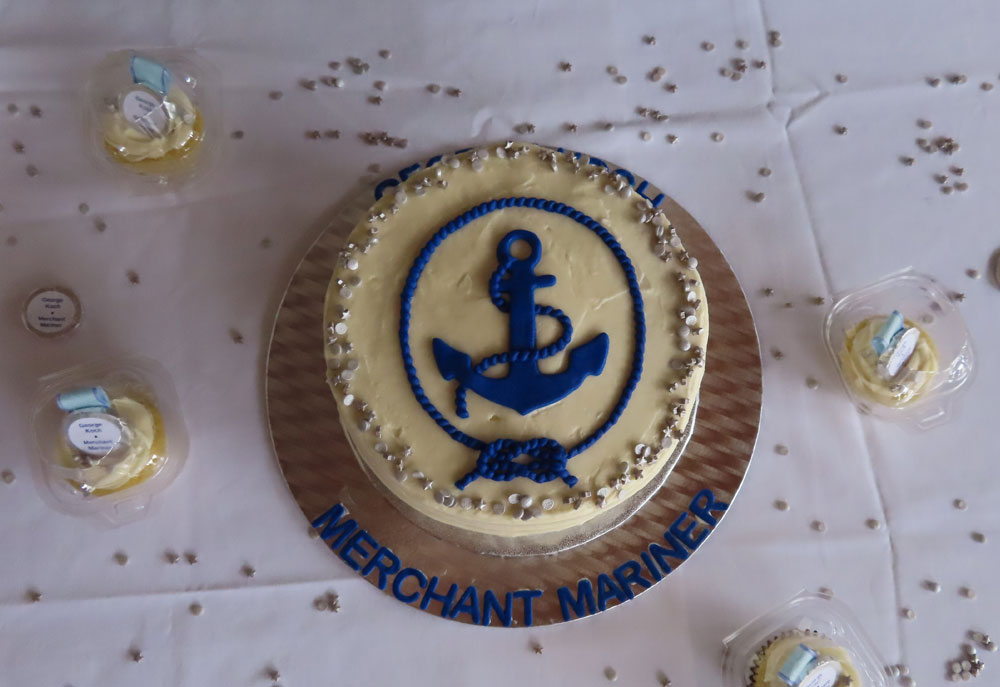