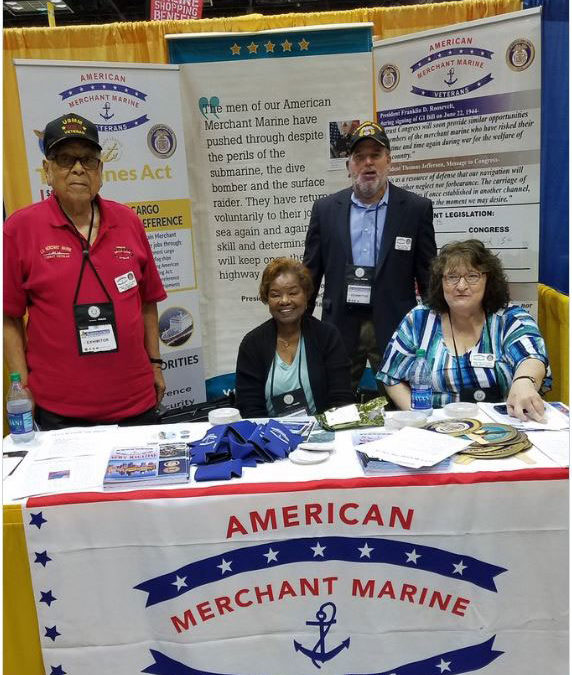 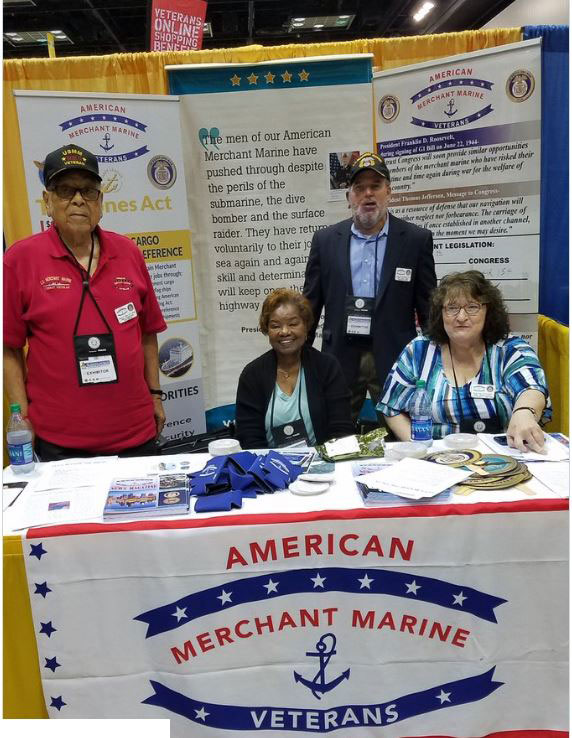 Upon entering the Indianapolis Convention Center, the group spotted the U.S. Merchant Marine flag hanging alongside the other Armed Forces flags, setting a great tone for the weekend to come. The American Legion does recognize U.S. Merchant Mariner service for membership criteria, if granted Veteran status by meeting eligibility requirements (serving in the WWII period between December 7th, 1941 to December 31st, 1946).AMMV’s booth was located front and center from one of the main entrances of the facility. Featured were many promotional items such as AMMV News magazines, coasters, hand held fans, and koozie cups. Copies of the flyer from usmm.org called “World War II U.S. Merchant Marine Made Victory Possible” were available, as was legislative information regarding the Congressional Gold Medal for the WWII U.S. Merchant Marine (S. 133). Visitors who had relatives in the Merchant Marine knew nothing about current Congressional Gold Medal legislation efforts.Many proud sons and daughters teared up when stopping by the AMMV booth, some in surprise to see the U.S. Merchant Marine represented at their convention. Younger veterans were able to learn of the vital service of our Merchant Marine by aid of our educational materials and by hearing the first-hand testimony of Charles Mills.Charles had always wanted to join the American Legion, recalling about twenty years earlier being turned down for membership. When asked if he still wanted to join, Charles found himself being sworn in within minutes of the conversation. Photographers from the American Legion flocked over to capture the moment. 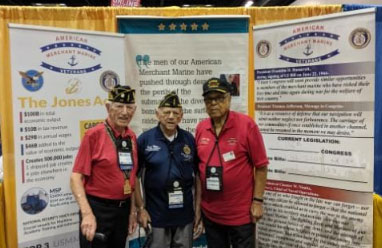 Besides Charles, the only other WWII Veteran that we met at the convention was Gerald Messier of MA. Gerald, having served in the Army, certainly knew what the Merchant Marine did in WWII. Quite a character himself, Gerald began dancing in front of the booth which soon drew attention, and a photographer from the American Legion came down to photograph Charles and Gerald. A short video was tweeted from the AMMV Twitter page @AMMWWII, of which the official American Legion platform (180,000 followers) retweeted. This led to a whole new set of followers of AMMV on Twitter. 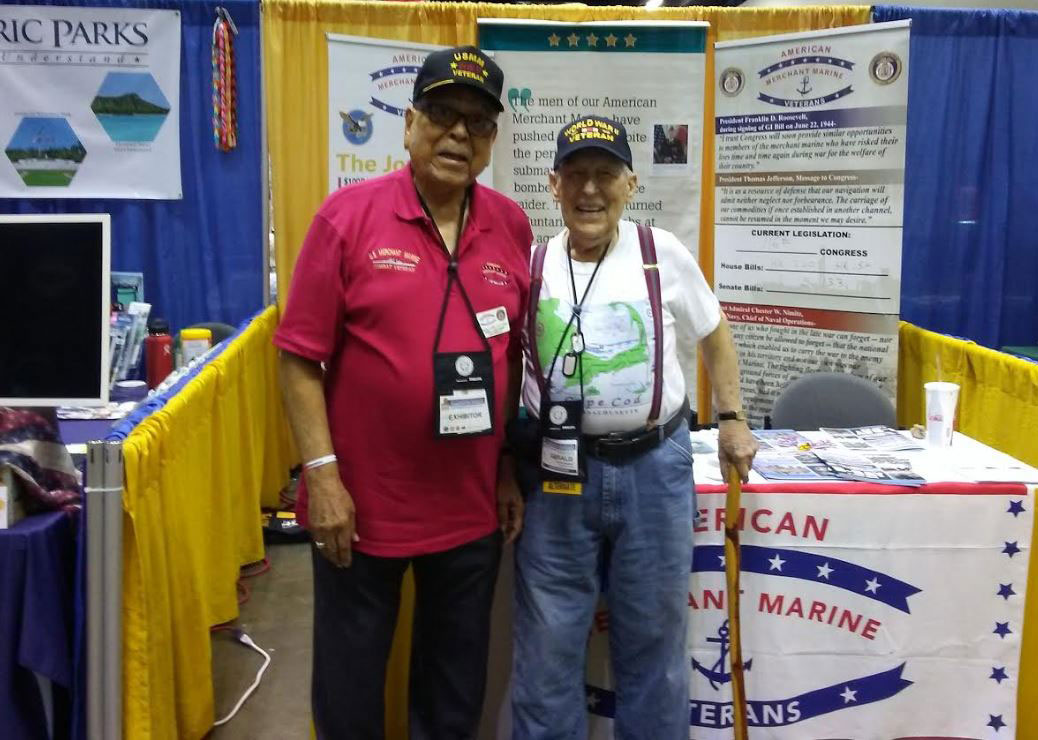 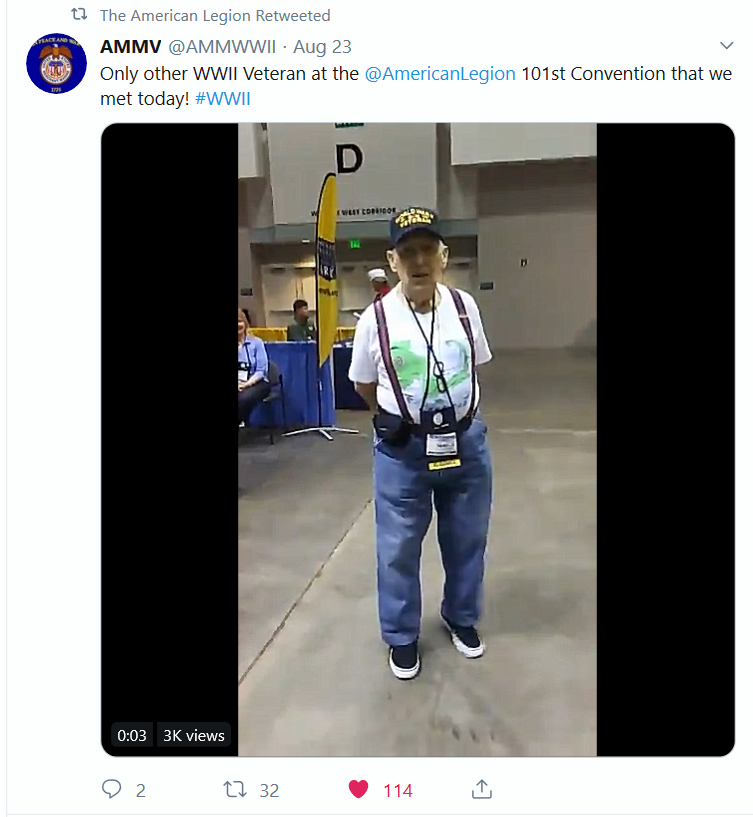 Many American Legion members conveyed that their local Post includes WWII Merchant Mariners. Some asked for magazines and other materials to take home to help increase the general knowledge of the role of the WWII U.S. Merchant Marine. A few new members joined AMMV. Overall, AMMV’s appearance at the American Legion National Convention can be labeled as a successful endeavor, and it was no surprise that Charles was the star of the show!