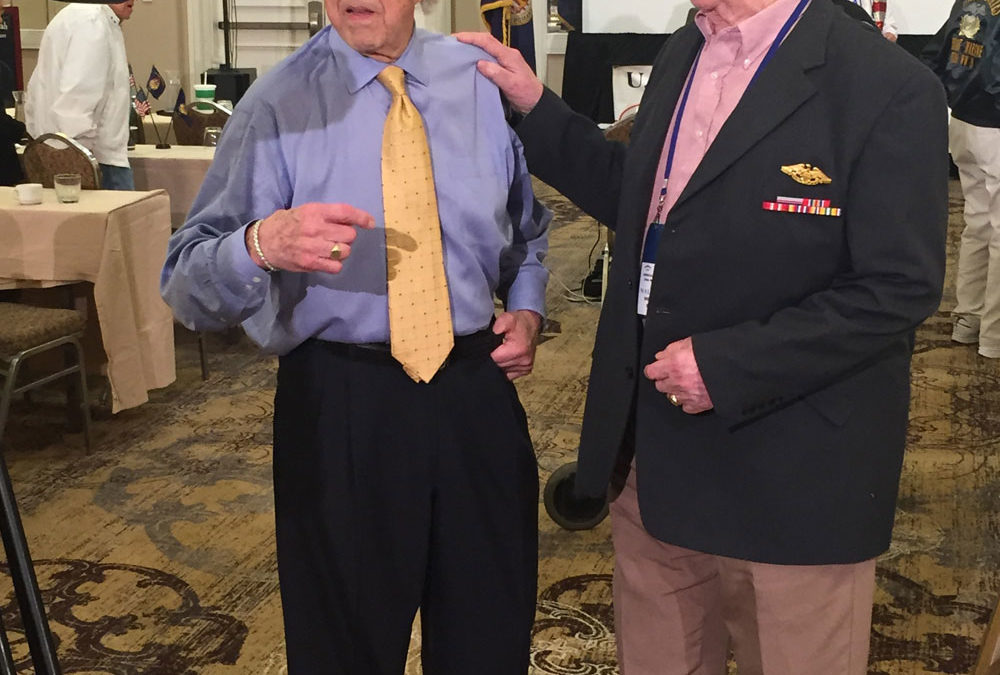 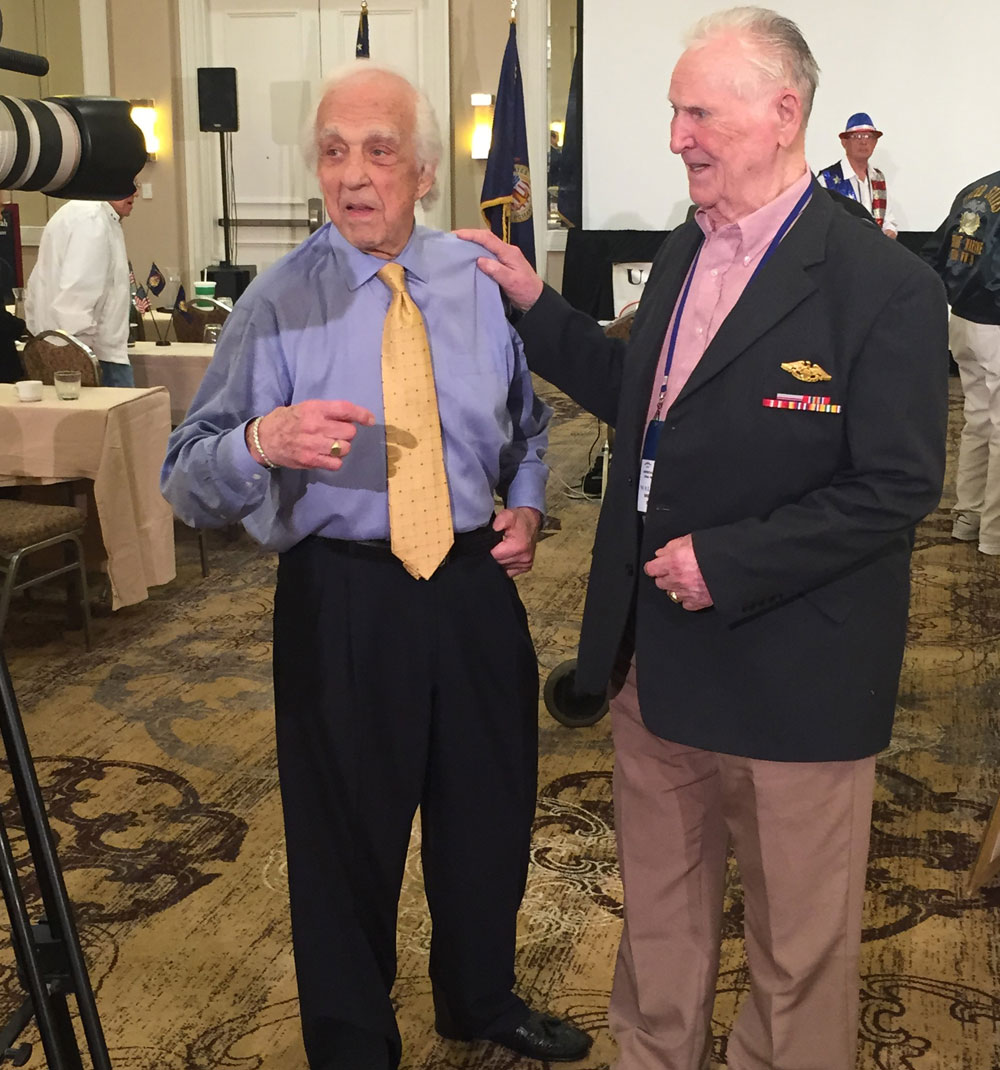 WWII Merchant Marine Veteran Walter Broll will be attending the 33rd AMMV National Convention in Tampa on March 21st thru 23rd, 2019.Broll is a survivor of the December 2nd, 1943 air raids at Bari, Italy. Over 100 German aircraft attacked Bari Harbor, damaging or sinking a total of about forty Allied vessels of significant tonnage. These numbers include seven American Liberty ships, of which Broll was serving on the SS Grace Abbott, one of the damaged vessels.This event became unofficially known as the “Second Pearl Harbor” due to the destruction caused by the enemy. The American ship John Harvey was carrying a top-secret cargo of mustard gas and, upon its destruction by the enemy, leaked the toxin in large quantities. Soon, hundreds in the area became ill.Mr. Broll will be attending his third AMMV National Convention in the past four years. He is one of a handful of WWII Merchant Mariners who has his audio biography available in the U.S. Merchant Marine (Ralph E. Crump) gallery of the National WWII Museum in New Orleans.Click HERE to read an archived AMMV News article about his experiences at Bari. 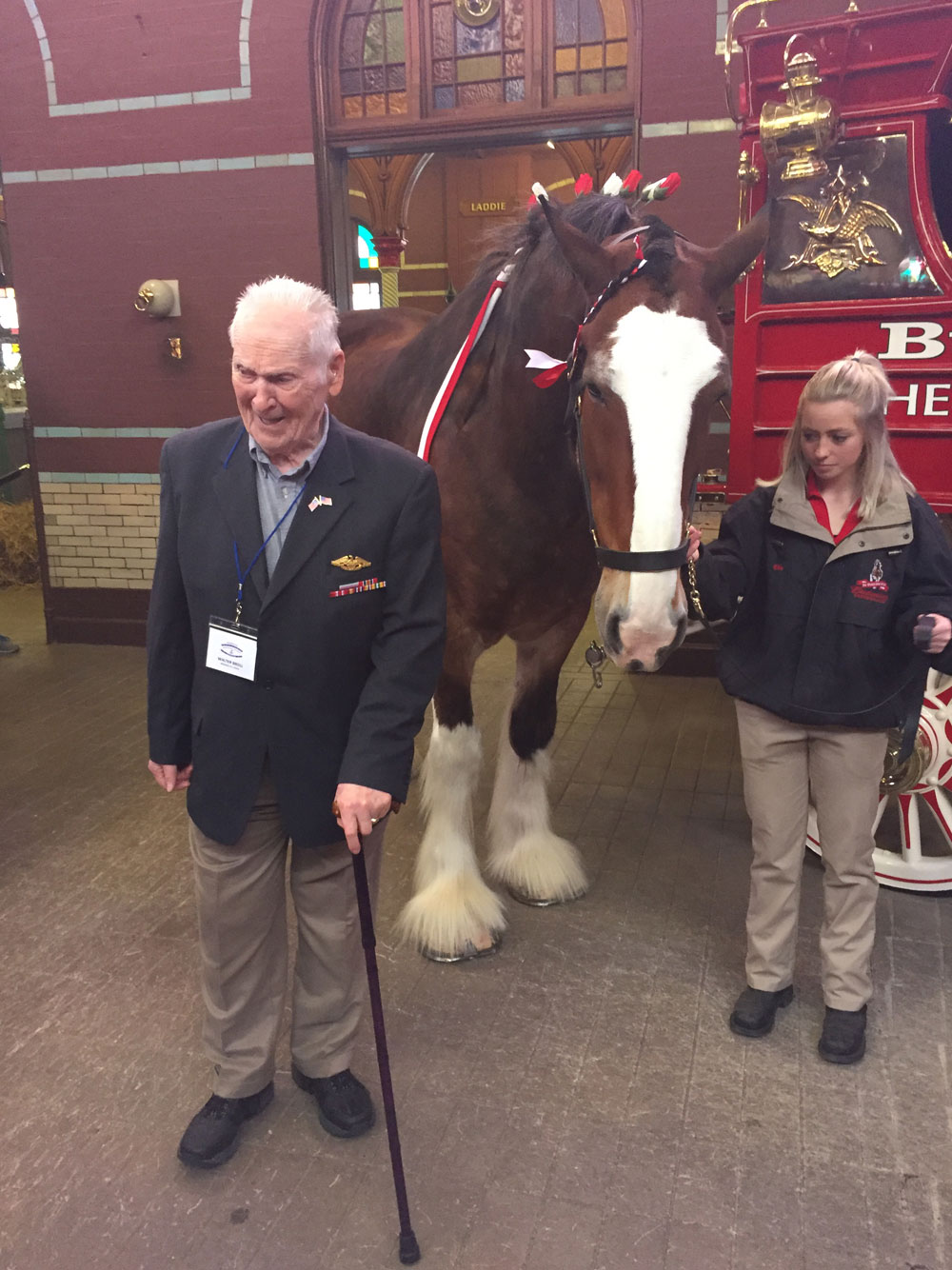