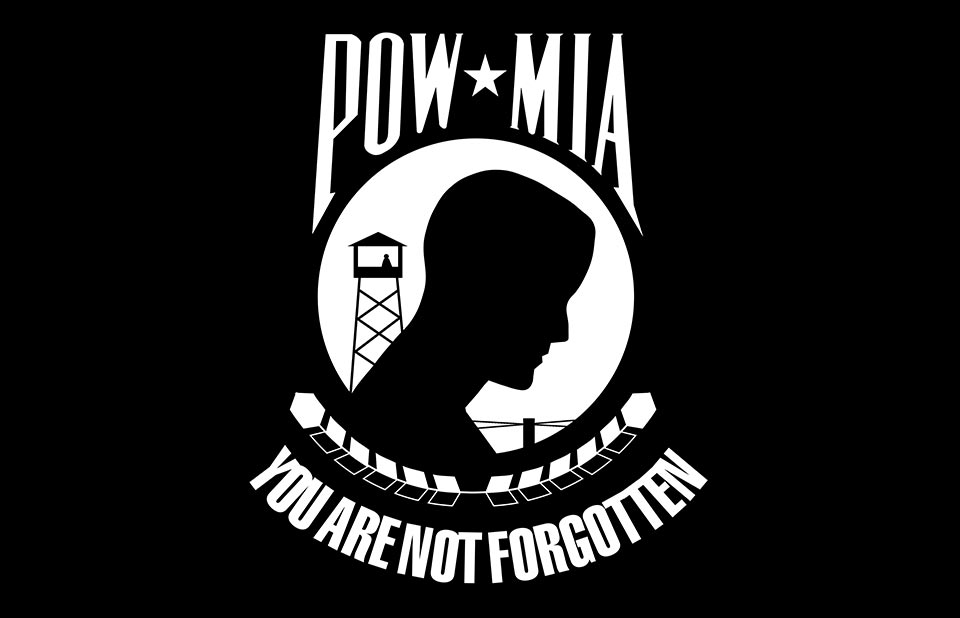 “America has long stood tall as a beacon of freedom thanks to the women and men of our Armed Forces who safeguard our country and our ideals with courage, honor, and selflessness. While our heroes and their families continue to give of themselves for us all, we must recognize the unthinkable pain that remains with the loved ones of those who have not returned home.” Presidential Proclamation. The White House September 18, 2015A Fateful Day: The Sinking of the SS Jean Nicolet“I had just come from the mess room, ﬁnished my duties, and I had grabbed an apple, and I walked out on deck. And I laid back on the top of number three hatch, enjoying my apple and looking up. The sun was going down and I was relaxing. And the torpedo hit in number three, right under me, and it blew me in the air.” William P. Flurry, Stewart Department, SS Jean Nicolet (Smithsonian Oral Histories)On July 2, 1944 the SS Jean Nicolet, a War Shipping Administration Liberty ship operated by the Oliver J. Olson Company and commanded by Captain David Martin Nilsson was hit and sunk by torpedoes fired by the I-8 a submarine of the Imperial Japanese Navy. This would become one of the worst at sea atrocities of World War II. 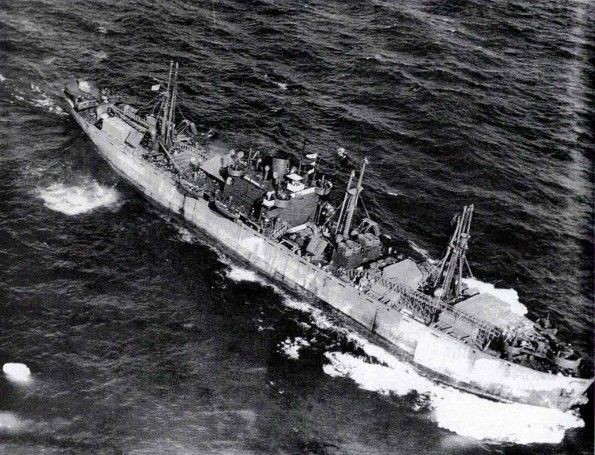 The first of the 2,700 Liberty ships was the SS Patrick Henry, launched on Sept. 27, 1941, and built to a standardized, mass produced design. The 250,000 parts were pre-fabricated all over the country and the 250-ton sections, complete with portholes and mirrors, were miraculously welded together in as little as four and a half days. A Liberty cost under $2,000,000. Photo and description courtesy U.S. Merchant MarineThe ship was steaming in the Indian Ocean carrying cargo and passengers into the China Burma India (CBI) theater. A few minutes after 1900 (7:00 pm) she was struck by a torpedo near holds number 2 and 3 while a second torpedo struck near hold number 4. Captain Nilsson made one of the most difficult orders a sea captain to make, he ordered the crew and passengers to abandon ship. 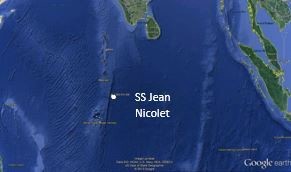 The Japanese submarine I-8 surfaced and took aboard some of the seamen, officers, and civilian passengers while leaving a large number in the water. The seamen taken aboard were brutally beaten, forced to crawl thru a gauntlet of Japanese sailors and some were shot as the I-8 commander taunted the men yelling insults.“You are now my prisoners. Let this be a lesson to you that Americans are weak. You must realize that Japan will rule the world. You are stupid for letting your leaders take you to war. Do you know that the entire American fleet is now at the bottom of the Pacific?” (U.S. Armed Guards, Japanese Atrocities-The Jean Nicolet)Captain Nilsson and two others were shoved into the conning tower never to be seen by the 23 survivors. The I-8 crew spotted an approaching aircraft and sounded the dive alarm the Japanese sailors sealed the ship to dive and left the remaining merchant mariners to survive in the water. Later, Allied aircraft that were alerted by the ships SOS dropped rafts for the men, which at this point had been in the water for 13 to 14 hours.“Oh, I heard screams all the time, throughout the night. The sharks were getting a lot of people. I swam for, oh, I don’t know, maybe an hour or so, and I run onto another guy, who is a navy personnel — an armed guard from the Nicolet. And we swam together, and he was getting cramps regularly through the night, and I would go over and hold him up and help him and drag him along…” (Smithsonian Oral Histories) 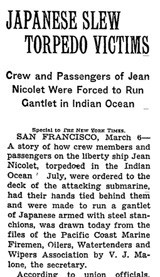 On July 4, the HMIS Hoxa appeared on the horizon retrieving the seamen from the water and transporting them to Addu Atoll in the Maldives where they were interrogated by British Intelligence. Lost were 31 merchant mariners, 18 U.S. Naval Armed Guards, and 27 passengers. Survivors included 10 merchant mariners, 10 U.S. Naval Armed Guards, and 4 passengers.Francis O’Hara turned up in a Yokohama prison, the Navy had already declared him KIA and a Liberty ship was named after him. He saw Captain Nilsson and Gus Tilden, the radio operator in Penang, Malaysia. He believed Captain Nilsson was put aboard a Japanese submarine or ship which some think may have been sunk by the U.S. Navy.In 1948, O’Hara returned to Japan as a witness in the War Crimes Tribunals, but what happened to the I-8 commander is questionable some reports state he committed hari-kari while bringing his last ship the I-401 into Tokyo Bay to surrender. The last survivor William Flurry joined his shipmates on August 25, 2010. This closed the story of one of the worst at sea atrocities of the war. 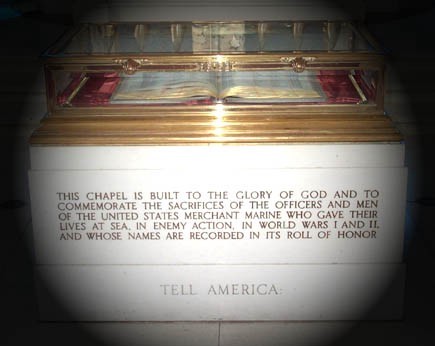 Within the Chapel, the Roll of Honor Book is stored. This book, permanently housed in a brass and glass display case mounted on Vermont marble immediately in front of the altar, lists the name, rank or rating, ship and date of sinking of over 7,000 officers and seamen who lost their lives on merchant ships during both World Wars Photo courtesy U.S. Merchant Marine AcademyAlthough the Merchant Marine suffered high casualties during the war, they were not given veterans status until the Merchant Mariners Fairness Act of 1988. In the Merchant Marine Academy’s Chapel in Kings Point, New York, the Roll of Honor sits in front of the altar and lists the names, rank or rating, ship, and date of sinking during World Wars I and II. Each day a midshipman ceremoniously opens the display case and turns the page so that all mariners will be remembered.Read more about POW/MIA dayTo read more about the SS Jean Nicolet and the U.S. Merchant Marine in Wold War II read Heroes in Dungarees published by U.S. Naval Institute Press.A version of this article was previously published on Naval Inelligence Professionals (C) 2015 David MattinglyDave Mattingly is a retired Master Chief Petty Officer, writer, and national security consultant. He is a member of the Military Writers Guild, NETGALLEY Challenge 2015 and a NETGALLEY Professional Reader. 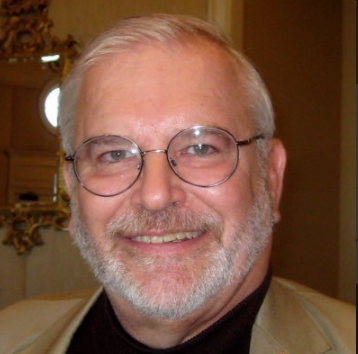