Submitted by Capt. Christopher J. Edyvean Past AMMV National PresidentThe AMMV organization felt a great loss with the passing of President Emeritus Morris Harvey, who crossed the final bar shortly after his 92nd birthday in June. I would like to share a few words about this man and recap what he has done in the past for AMMV.

During and after WWII, Morris sailed primarily as a Deck Department member on the following vessels: William Paca, Warren P. Marks, Nicholas D. Labadie, William W. Seaton, Alcoa Ranger, Alcoa Partner, and Alcoa Pennant.Morris worked promptly through the ranks of AMMV, first serving as President of the Ocala, FL Chapter, later moving up to a Regional Vice President position, and finally having been elected National President following the completion of A.J. Wichita’s two terms of office; Morris would also serve two terms. If all that wasn’t enough, he served a term as National Vice President to provide guidance to the (then) incoming administration.Morris single handedly managed several National Conventions and Regional Conferences. Anyone who has participated in the planning and execution of major events like these can surly testify as to the hard work and sacrifice that goes with it. In addition, he is to be credited for launching the ammv.us website and setting up the on-line joining feature.Finally, although it may not have been his idea originally, Morris put the plan in motion for what AMMV would come to know as “Storm the Hill”. The first of such events, in which members would spend a week meeting with members of Congress, was conducted in 2015. Morris again led the STH team in 2017. (In 2018 & 2019, his health would no longer allow participation.) 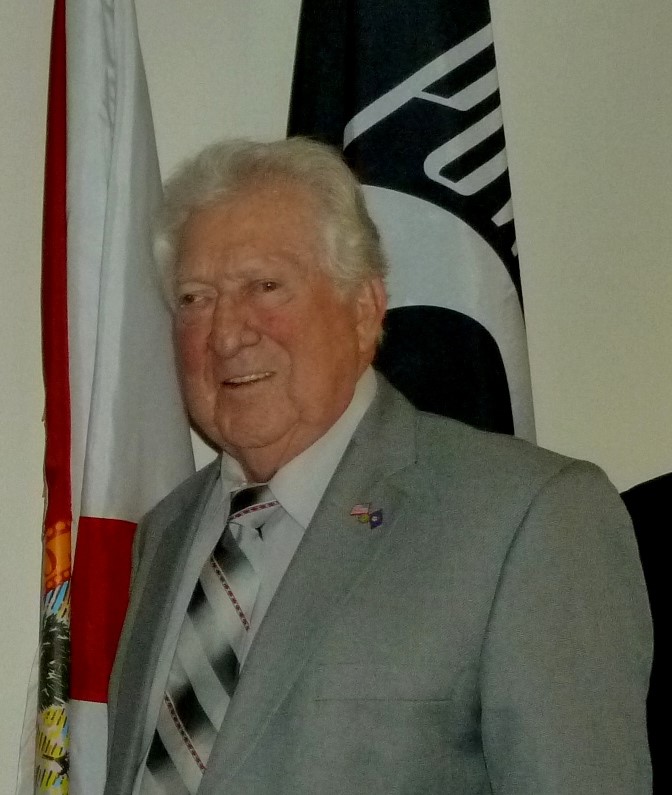 Morris performed his AMMV duties while having heaps on his plate in his personal life. He cared for his wife Irene and managed both of their medical appointments and treatments. Morris and Irene lost a son to a motorcycle accident during his presidency. The couple had been in the process of remodeling their home.I first spoke with Morris in 2014, when he was “grooming” me for a Regional Vice President position. However, what actually unfolded was Morris encouraging me run for AMMV President after his terms were finished. Morris quickly became a mentor to me, and more importantly, a true friend. I was able to visit him and Irene at their Florida home, and I work closely with Morris in co-chairing the 2016 (New Orleans) National Convention.By the time the 2017 National Convention rolled around, Morris had lost his wife, but he still made the trip to Reno. He was unable to attend the St. Louis convention, although he certainly tried. He made it to the airport before realizing he was physically unable to endure the trip. In a miraculous “comeback”, Morris left hospice earlier this year to join us at the Tampa convention. The AMMV Executive Board had unanimously approved my motion to recognize Morris with the title of President Emeritus, and it was with great pleasure that I was able to present him with a commemoration certificate of such. Morris was also able to attend our special breakfast with Rita Cosby. This was the last time our AMMV family would see this fine man who has given so much to the organization.Thank you, Morris. Godspeed. 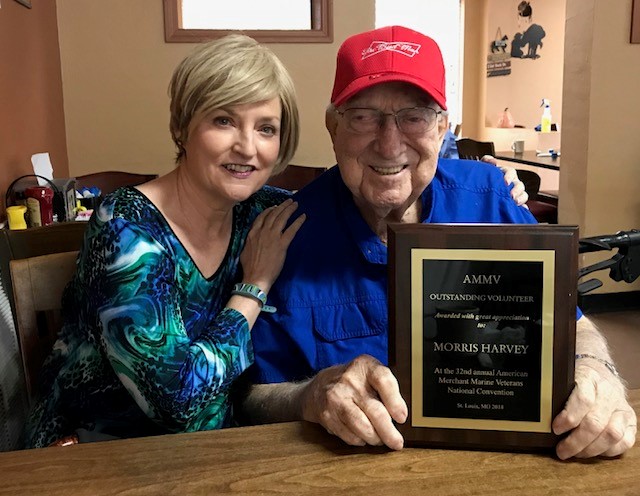