“Have a great day, unless you have other plans!”

Reynolds Tomter of Pigeon Falls, WI is AMMV’s oldest member at 105 ½ years of age. Mr. Tomter served in the WWII Merchant Marine as a baker from 1943-45, having trained at Sheepshead Bay.

Tomter is known locally as “Mr. Pigeon Falls” and still drives his own car. His famous phrase is “Have a great day, unless you have other plans!”

On August 8, a special ceremony was held jointly by AMMV and the Tomter family to honor his WWII service. The initial plan for a small ceremony was quickly amended due to an influx of RSVPs, and the event was ultimately held at the nearby Whitehall High School auditorium. A Lions Club volunteer counted 380 persons attending or directly involved in the ceremony!

During opening ceremonies, the Colors were posted by Whitehall American Legion Post # 191,
led by Commander Brian Lyga. Next, the National Anthem was performed by Jan Ford on
vocals, accompanied by Jackie Goplin on piano. Bud Tomter, son of Reynolds, did the
invocation. An audio recording of Heave Ho followed.

Capt. Edyvean spoke first, summarizing the role of the Merchant Marine in WWII and
explaining the significance of this group receiving the Congressional Gold Medal.

The next two speakers were Lt. Col. Roy Aanerud, USAF, retired, and Brigadier General
Andrew M. Schuster, US Army, retired, who each personally know Mr. Tomter and were able to
convey details about his service and life.

AMMV President Capt. Dru DiMattia gave the next remarks, followed by a ten-minute video
clip of Dave Yoho speaking as part of the official Congressional Gold Medal ceremony held at
the U.S. Capitol on May 18th .

Bud Tomter returned to the podium at the conclusion of the ceremony to offer closing remarks
and appreciation.

Afterwards, cake and refreshments were offered in the school cafeteria, which was decorated in
patriotic fashion.

The event was covered by several news outlets and made headlines nationwide. The full
ceremony may be viewed at: Norse TV – Congressional Gold Medal Ceremony – YouTube 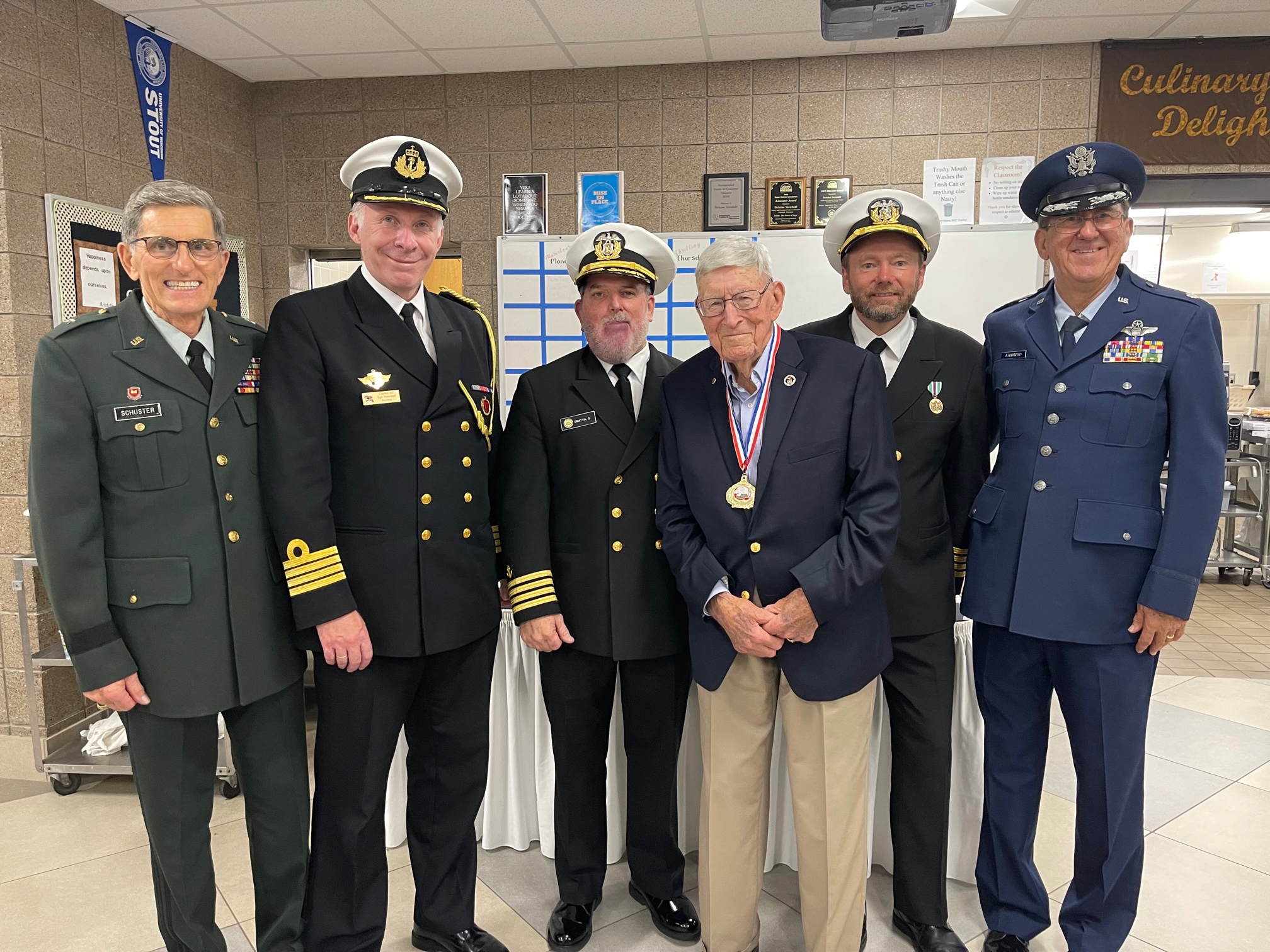 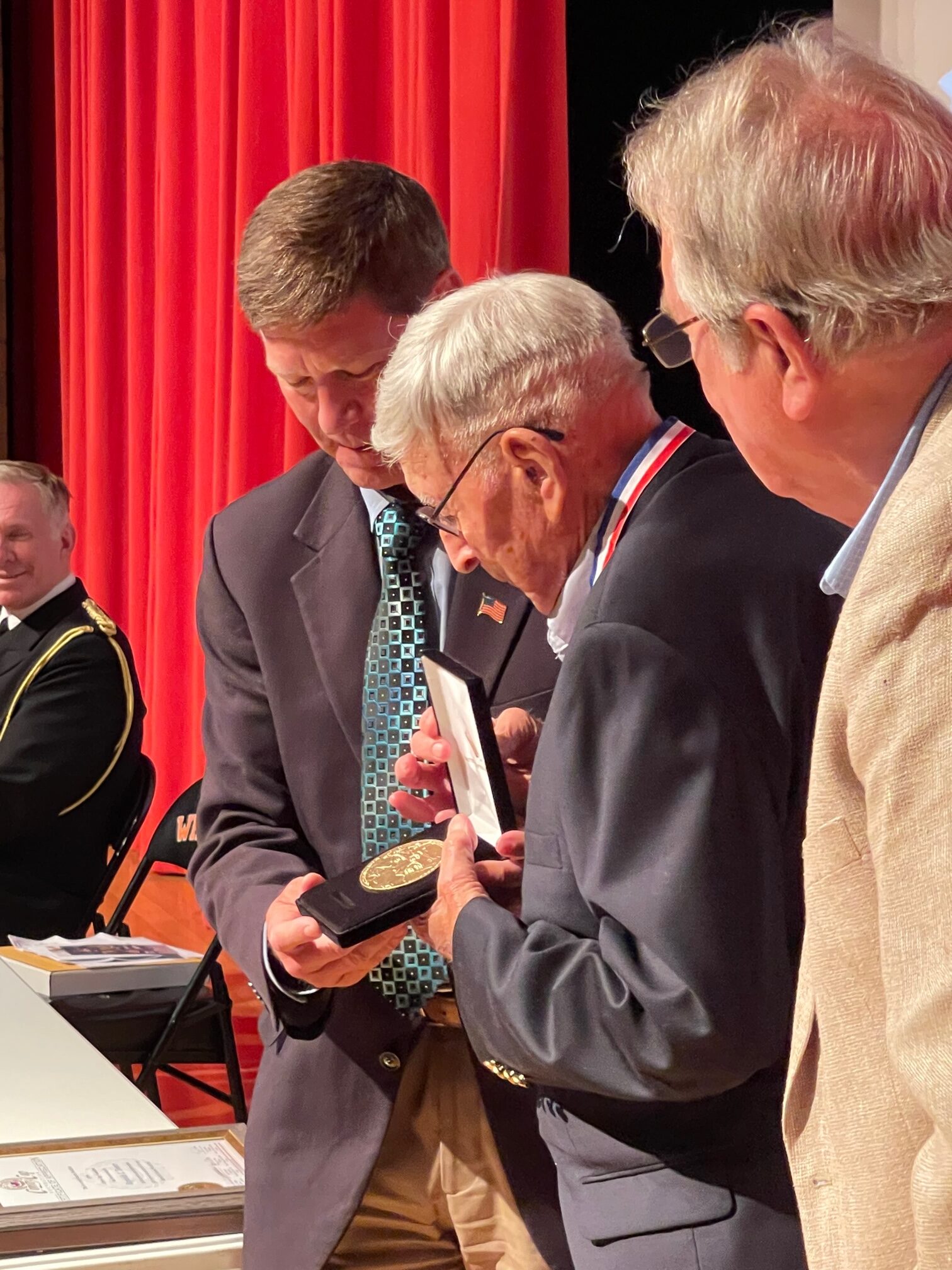 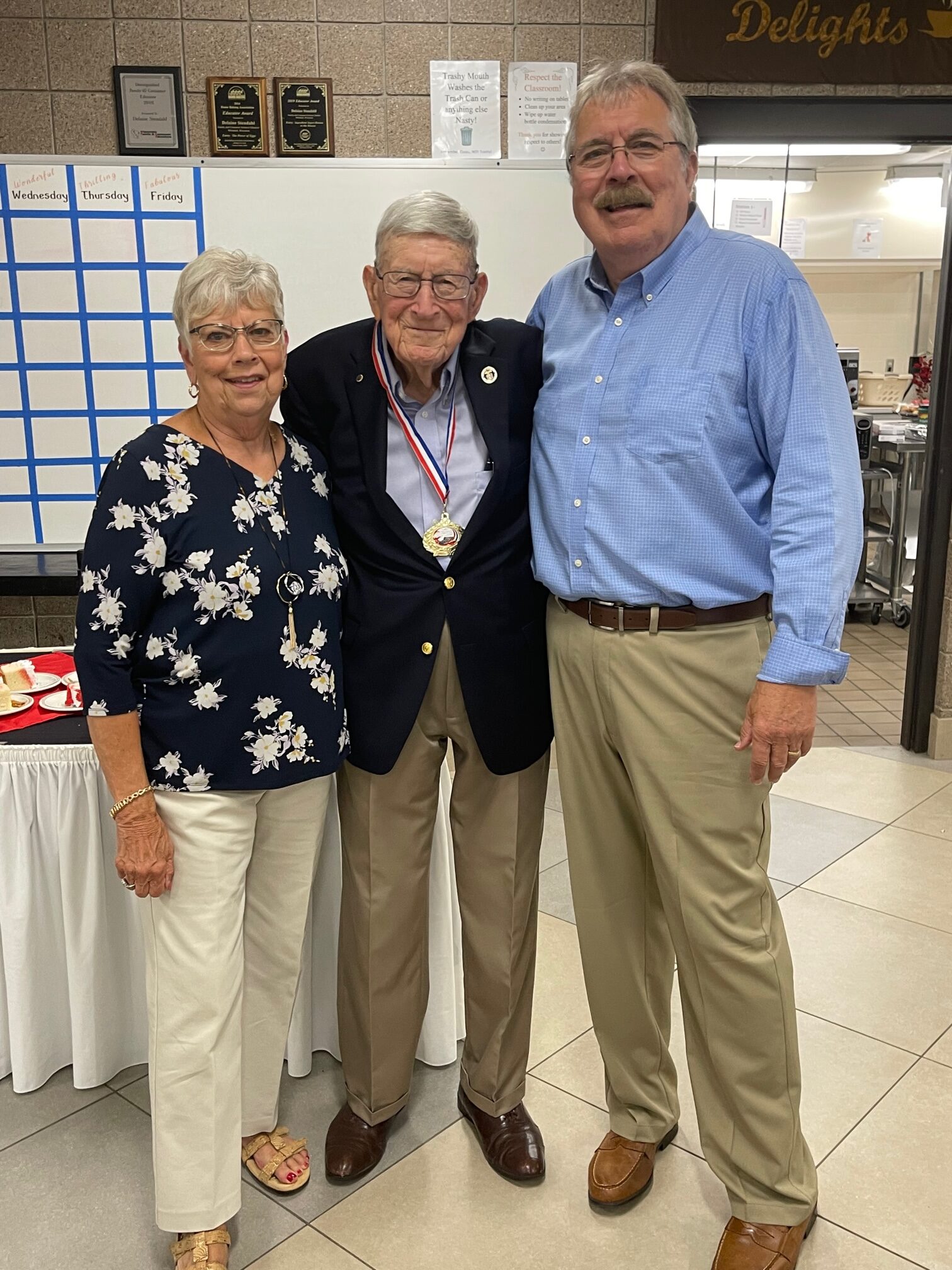 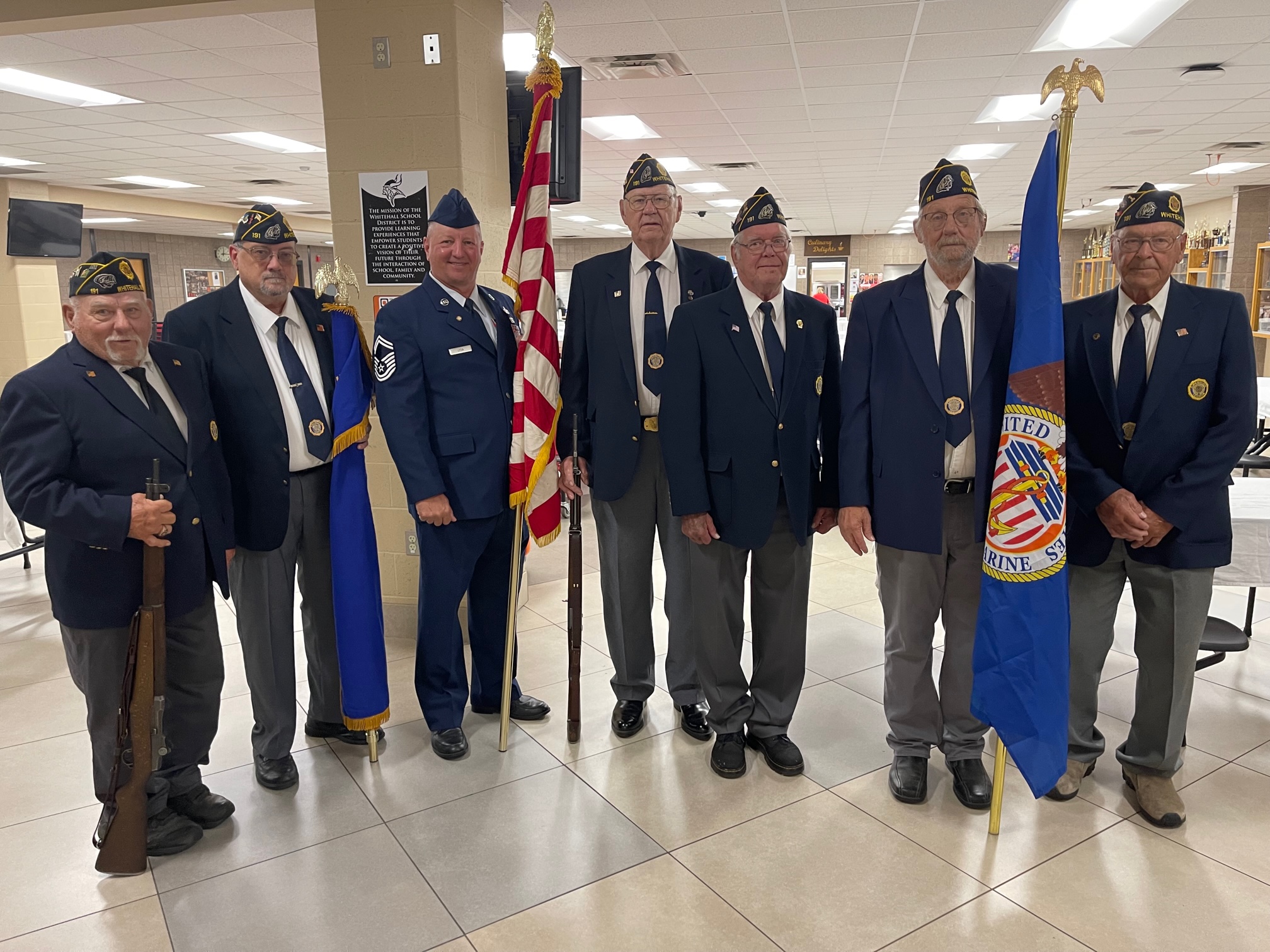